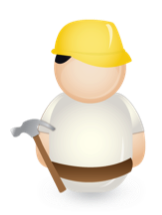 Job: Bob is an experienced developer with good understanding of the types of systems that the company owns. He has spent most of the last five years connecting systems together using JMS, services, python scripts and other integration technology including ETL.

Thinks/Feels: Bob thinks that the internal systems need serious rationalization. In their current form he recognizes he has a job for life ! He finds it hard to be sure he is using the best source of data and function when implementing his integration services.

Hears: Concerns that he works too slowly and is old-fashioned in approach. They say, “if only he used agile development then he could create services much quicker.”

Says/Does: Much of Bob’s time is spent installing tools, connecting to systems, testing different approaches to find out what works and hardening that. He is unsure he is integrating the systems the best way – he often just has time to get “something” working.

Sees: Complexity in the integration space with different tools, terminology, technology and philosophy. Security is different in each systems and data is silo-ed and inconsistent. People just want a simple interface to call – they don’t care what is behind it.

Top challenges: Creating new back end services that support mobile application, other systems of engagement and provisioning in and out of the data lake.

Desired Outcome He wants to go back to building new systems and function for the business rather than spending his time cobbling the existing systems together.

License: CC BY 4.0, Copyright Contributors to the ODPi Egeria project.