Everyone plays multiple roles in their lives. Parent, daughter, employee, scout leader, … Even within an organization it is not uncommon, particularly for more experienced people, to be assigned multiple roles.

For example, the picture below shows some of the roles that Tessa Tube performs. 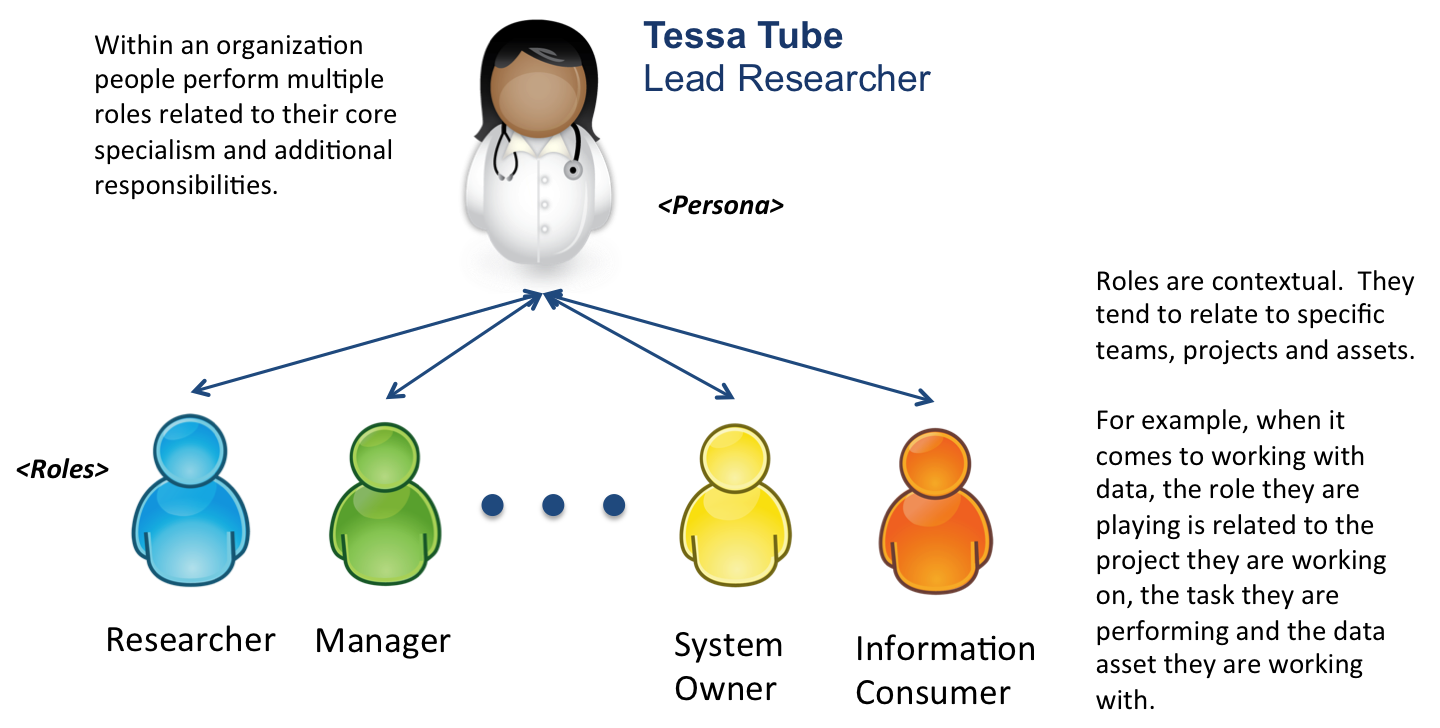 Each of these roles has a context. For example, Tessa is a manager, but not for everyone in Coco Pharmaceuticals. She is a manager of a specific team. Similarly, she may be a system owner, but not of all systems.

So a role has a scope and as we design the ODPi Egeria software, we need to be sure that this code is included with the definition of the role. We also need to ensure roles can be combined together to form the complete “job” that an individual performs.

The Egeria community uses the Coco Pharmaceuticals personas to test that there is easy movement from role to role.

This is implemented as follows:

The profile and role are managed primarily by the Community Profile OMAS and this drives the display on Egeria’s user interfaces as well as some aspects of security.

License: CC BY 4.0, Copyright Contributors to the ODPi Egeria project.